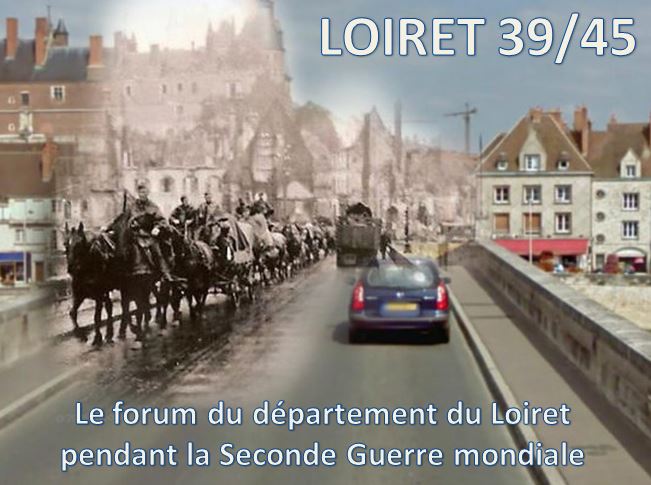 The plan for the coming move called for spectacular action. Sixty miles southeast of Paris was the city of Sens. Located on the navigable Yonne River, just below the junction with the Seine, this rail and highway center was reported to be a central supply point for German strongpoints to the northwest as far as Paris and southwest to Montargis. The mission of Combat Commands A and B was to capture Sens and cut the supply route. Combat Command R was to remain in Orleans to secure the city.

Moving in a column of tanks, tank destroyers, self-propelled artillery and trucks, the plan was for these forces to travel approximately 90 miles without flank protection. Caution was necessary as it was believed that the Germans were in considerable strength on the Loing River at Montargis and farther north at Fontainbleau. It was decided to move between these reported strongpoints and cross the Loing at Souppes, and then push east into Sens.

The success of such an operation depended largely on the surprise element as the enemy was unaware of the proximity of the American Forces, due to his own shattered transportation and communication lines.

At 0900 on 21 August Combat Command A left Artenay and was followed four hours later by Combat Company B. Swinging through Patay and Ormes to Orleans, the column then turned northeast. Main highways as far as Nibelle were avoided where possible. The force moved through Trainou, Sully la Chapelle and Ingrannes, then turned east through the Chene Pointu Forest to Nibelle.

Here the cavalcade took to the main highways, moving into Boiscommun, east to St. Loup les Vignes, then to Juranville and Corbeilles. This was the first time these towns had seen allied troops since most of them had been occupied by German troops only the previous day.

Combat Command A proceeded northeast toward Sens, through Chateau-Landon and Souppes, then east through Egreville, Jouy, Montacher, St. Valerien, and Villeroy. Moving into Sens, the forces caught the Germans by complete surprise. Not a single casualty was suffered by the 137th Infantry and almost the entire German garrison was taken prisoner. Many Nazi officials were taken in dress uniform. They admitted that they had thought the Americans were miles away. By 2200 Sens was completely liberated. In occupying the city Combat Command A had now advanced farther east into France than other allied troops yet reported. Combat Command B had reached Corbeilles at 2030, and remained east of that town for the night.

The next morning, Combat Command B moved on to Chateau Landon, but ran into enemy resistance at Souppes. This point had been passed by Combat Command A the previous day, but the Germans hadn't exposed themselves to make a stand. By noon, however, all resistance against Combat Command B had been wiped out with only small casualties suffered. Later in the day Combat Command B turned southeast and captured Courtenay and Douchy cutting the escape route east from Montargis.

At Sens the Yanks were enthusiastically welcomed by the delighted French, and, as in Orleans, there were numerous parades, demonstrations and public gatherings.

Caught unaware, the Nazis had no time to remove the huge piles of supplies they had gathered. Warehouses and storage caves yielded large stores of canned goods, flour, chocolate, and other foodstuffs. For many days afterward, Yanks had hotcakes for breakfast made from German buckwheat. There were also many enemy vehicles in good repair and a number of prisoners were captured.

Meanwhile the 134th and the 320th had been active in another direction. On 21 August the 320th occupied the town of Pithiviers and the high ground in that vicinity without opposition, while the 134th began a movement to the east. The regiments were in combat team formation. Combat Team 134 operated with the 255th Field Artillery Battalion, Company A of the 654th Tank Destroyer Battalion, and one battery of the 448th Anti-Aircraft Artillery, Combat Team 320 strengthened by the attachment of Company C of the 654th, the 127th Field Artillery Battalion and one battery of the 448th.

On 22 August, Combat Team 134 moved into the vicinity of Montargis and launched an attack on the city. In the afternoon an advance was made into the southwestern outskirts of the town. Scattered resistance was encountered, including roadblocks and armored vehicles. By noon of 23 August, one battalion was advancing in an encircling movement around the southern edge of the town.

Combat Team 320, in the meantime, took positions on the high ground west of Montargis after fighting through light opposition to the northeast. By nightfall Montargis had fallen to the combined operation of Combat Teams 134 and 320.

The next day Combat Team 320 moved by foot to the vicinity of Courtenay, conducting mopping up operations while en route. Combat Team 134 also advance several kilometers east of Montargis and on 25 August, it moved by motor to Joigny, seizing and holding the town while patrolling south and east of it. Both Combat Teams mopped up in the Charny-Douchy-Montargis sector as far as St. Florentin and south of Joigny. Combat Team 134 alone captured over 900 prisoners on 26 August as the division counted 1134 in the Prisoner of War cage for the day. 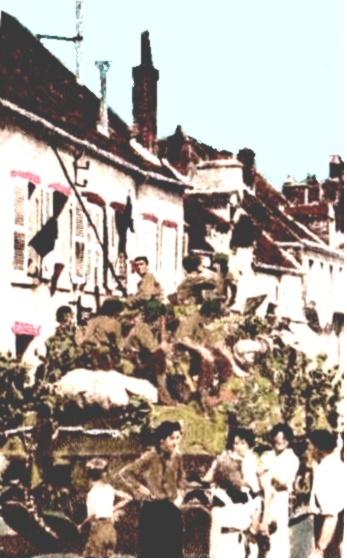